What adventures have I been up to?

Two weeks ago, our winter puzzle/project arrived in the mail. This year’s puzzle is a scene from the Badlands National Park. Rick and I visited there several years ago and then again this past June. Though it was piping hot while we were there, we were still able to complete the hikes we set out to do. Now that it’s freezing outside, we are choosing to stay indoors to put this 1000-piece puzzle together. National Park puzzles we’ve previously assembled include scenes from Bryce Canyon, Glacier, Zion, and now the Badlands.

Do you do puzzles? What are your winter go-to hobbies? 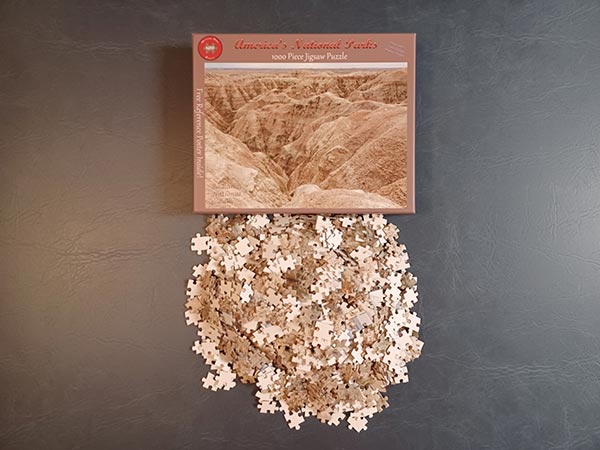 I guess this isn’t ‘new’ news but as I’m up at the cabin over New Year’s, enjoying the plentiful snow, I’m reminded of the audiobook I created using AI (Artificial Intelligence). The story is entitled LOVE THAWS A FROZEN HEART and it is set during a horrible snowstorm in which the heroine sets out on a snowmobile in search of the hero.

When I created the audiobook in GooglePlay, I never really thought I’d release it. I just wanted to hear what AI sounded like. After listening to it, I was shocked to hear how good it was. Truth be told, it’s not as good as a real, live narrator, but it’s not bad, so I released the audiobook into the world!

The process to create an audiobook in GooglePlay is actually quite simple. You even get a handful of AI narrators to choose from. I chose Mary. Even though AI Mary was pretty good, I still had to listen to the entire book and make a few pronunciation corrections. Correcting pronunciation was an interesting process. If Mary said a word incorrectly, I could click on the word and AI would provide me with a few different ways to pronounce the word and I could pick the one I wanted. If there were no good options, the system let me respell the word completely incorrectly as to give the AI system the opportunity to provide more pronunciations. Basically, at this point I would try to respell the word exactly the way it sounds. For example, this is a snowmobile story, so I needed AI Mary to say Ski Doo. That seems pretty simple, right? But, it wasn’t. I had to respell the word like this for her to get it right: Skee Doo. There were a few other words that needed attention, but not too many.

Anyhow, this AI audiobook can be listened to on GooglePlay for just $2.99, the same price as the ebook. 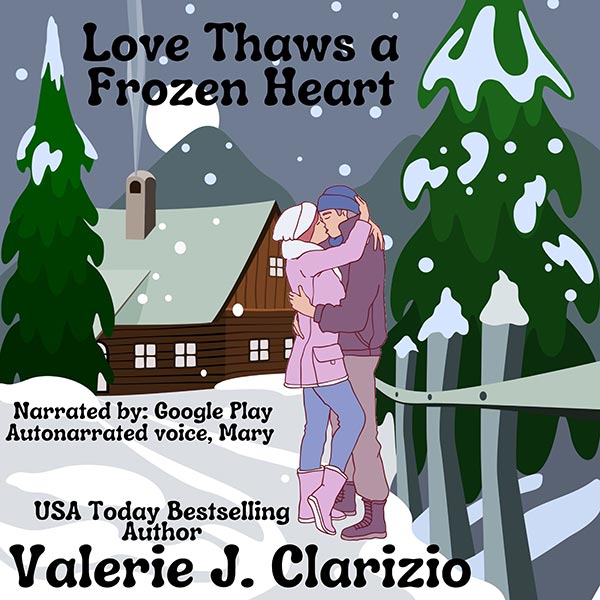 Noah’s not willing to let go.

Will a couple of days snowed in at the cabin cause either to change their minds?