Anniversary #1 – Six years ago, on March 11th, I published CRAZED RECKONING, the third book in my Nick Spinelli romance mystery series.  This series is published through one of my small publishers, Melange Books. I’ll always have a special place in my heart for Nick since he was my first.  First hero published that is😊

Nick made his debut in COVERT EXPOSURE where he had to go undercover as Santa to catch a killer while protecting his new love interest. Then, Nick showed up as a singing cupid on Valentine’s Day in CRAVING VENGEANCE. Again, undercover to protect is lover and catch a killer.  Then, if dressing as Santa and Cupid wasn’t bad enough, poor Nick finds himself resembling a leprechaun (if there was such a thing as a six-foot leprechaun) in CRAZED RECKONING as he races to save his lover from the hands of a psycho. Do you see a pattern here? I’ve always wanted to get the Easter bunny in on this gig but haven’t done so yet. 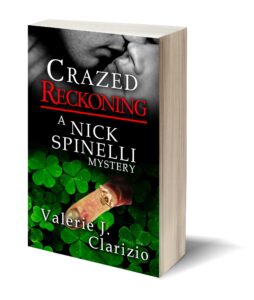 Anniversary #2 – One year ago on March 17th, I published Time WARped! I was super excited about this one because it was my first time travel romance. As you all probably already know, I’m working on the second book in this series, DESTINY RECLAIMED, which is up for pre-order and set to release in August. 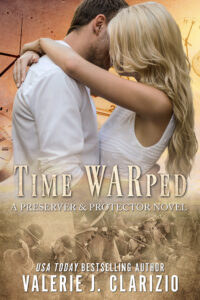 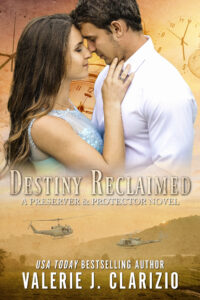 In Time WARped, the hero’s grandmother is an ambulance driver in WWI.  Long ago, I had read stories about the courageous women who drove ambulances for the Red Cross and I couldn’t stop thinking about them. I just had to give them some exposure in one of my books. Red Cross ambulance drivers, whether male or female, bravely provided aid on the front lines. While researching this topic, I also discovered that Ernest Hemingway and Walt Disney were also drivers.

Interestingly, I just learned that during World War II, Betty White at the age of nineteen set aside her acting career, which started at the age of nine, and joined the American Women’s Voluntary Services to provide support on the home front. Betty’s assignment was to drive truck, shuttling military supplies throughout California. Betty White, a truck driver.  Why did this not surprise me?  The woman is absolutely amazing. 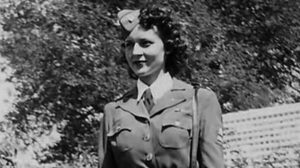 Here’s where you can nab copies of the time travel books: