First of all, I want to wish you all a happy and healthy new year. I’m feeling good about 2021! 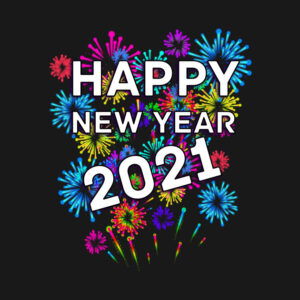 Second, last month I reported that Rick and I had started our winter puzzle. The picture is of Bowman Lake in Glacier National Park. The water and rock sections on the bottom were the hardest parts to complete because it was difficult to tell the browns, and blue/purple pieces, apart by color. However, truth be told, this puzzle was quite a bit easier than the one we did last year which was a picture of Bryce Canyon.  Anyhow, below is our completed handiwork.  If ever you can, I encourage you to visit Glacier. It’s a stunningly beautiful park. 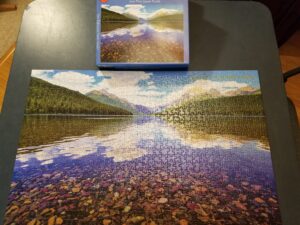 As we are still doing our best to social distance, Rick and I have kept up with our outdoor activities, but I’d be lying if I didn’t admit to longing for social interaction events such as Book Lovers Con.  My fingers are crossed that events of this type will be able to take place in 2021. But, in the meantime you can find me out on the trails. 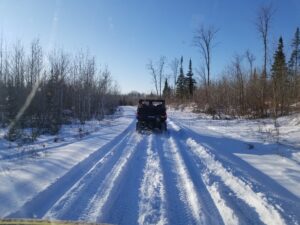 I’m still plugging away at the second book in the PRESERVER & PROTECTOR series which is my time travel series. It’s been a slow process, but slow and steady wins the race, right?

Since there isn’t much exciting news to report here this month, I’ll leave with an excerpt from Time WARped, the first book in the Preserver & Protector series.  Enjoy!

The spine-chilling feeling had Blake considering bolting out of the cemetery, but he couldn’t—not until he finished his tradition of placing the remaining flags on the other three Civil War veteran graves.

As he moved toward the makeshift tunnel he’d have to pass through to get to the other gravesites, he leaned forward and bent nearly ninety degrees at his waist to enter the narrow passageway. It was odd how the spindly branches that shaped the tunnel could twist and bend that much to mold that circular channel without breaking. Though peculiar, the unusual tunnel was a natural fit in the old cemetery.

Blake looked ahead as he took another step. The small, weathered grave marker etched with Ben Cornelis’s name lay just ahead.

A bolt of lightning lit up the sky, and Blake glanced over his shoulder scarcely in time to see it strike the entryway to his branch tunnel. Fearful that the dried-up old branches would burst into flames with just the simplest spark, he lunged forward as fast as his legs would allow.

His eyes focused ahead, and before he could plant his foot from his second-long stride, a blast of hot air blew by him trailed by a booming roar. It knocked him to his knees. The heat was such he was sure his clothes would catch fire. With the end of the short passageway in sight, he crawled to beat hell. He was almost out. Another three seconds was all he needed. Lightning sparked and sizzled in the air. Thunder cracked, blinding and deafening him as a gust of air picked him off his hands and knees and hurled him through the tunnel before dropping him on the ground.

A cannon roared; canister and musket balls whizzed by him. Some hit the earth in front of him, throwing up little clouds of dust.

He sprang to his feet. Adrenaline rushed through his veins.

Blake moved forward and tripped, falling hard on his knees, but he was able to hold the musket in his hands. Musket? Where did that come from? What in the hell am I the middle of? The freaking Civil War?

Still on all fours, he glanced from side to side. Men dressed in blue uniforms stood next to him. Men in gray uniforms rushed toward him. The hailstorm of bullets kept coming. He didn’t know where he was, how he got there, and what in the hell was going on, but what he did know was that he was getting shot at, and that couldn’t be good.

Someone tugged his arm. “Get up! Hurry! We’ve got to hurry. We need to get to him before your cousin does.”

Cousin? Blake peered through the thick smoke at the Union soldier next to him. Through blurred vision, he realized it was just a boy in a man’s uniform. That explained the less-than-masculine voice that had yelled at him, but the lad was strong; for his small size, he’d been able to yank Blake to his feet.

Like a magnet, his gaze latched onto the boy’s. There seemed to be no fear in the depths of the bright blue eyes staring back at him. How very strange, because at the moment, he, a grown man, was scared shitless.

“Come on! We need to get to the line!” the boy yelled.

Unsure of any other option, he followed him. They moved quickly, not stopping once to fire their muskets. The lad was on a mission that Blake was evidently a part of.

Among the roar of artillery, he heard a drumbeat. He wasn’t sure what the drummer signaled, but from the direction the soldiers in blue were moving, he could only assume it was the signal for attack.

The dense, white smoke hovering in the air smelled of sulfur and coated his tongue with a metallic flavor. Between his watery eyes and the puffs of smoke, he couldn’t see but twenty feet in front of him, and only the first half of that was somewhat clear. Muskets fired nearby. Hints of charcoal penetrated his burning nostrils.

Through the deafening noise, the beat of the drum stayed steady but grew louder. After a few more steps, he caught sight of a thin boy beating on the instrument. A Union officer close to the drummer barked out orders. A Confederate soldier reached up and yanked the officer from his horse. The men fought.

“Where is he? Where’s Evan? Do you see him?” the boy leading him asked.

The urgency in the lad’s voice was unmistakable. Yet Blake didn’t know what he was talking about. More importantly, he was still trying to figure out how he ended up in the midst of the Civil War wearing a Union uniform when the last thing he remembered was visiting his great-great-grandfather’s grave. What seemed like only minutes earlier he was in 2016, and now he was in 1864…1865…what year was this?

That’s it for now.