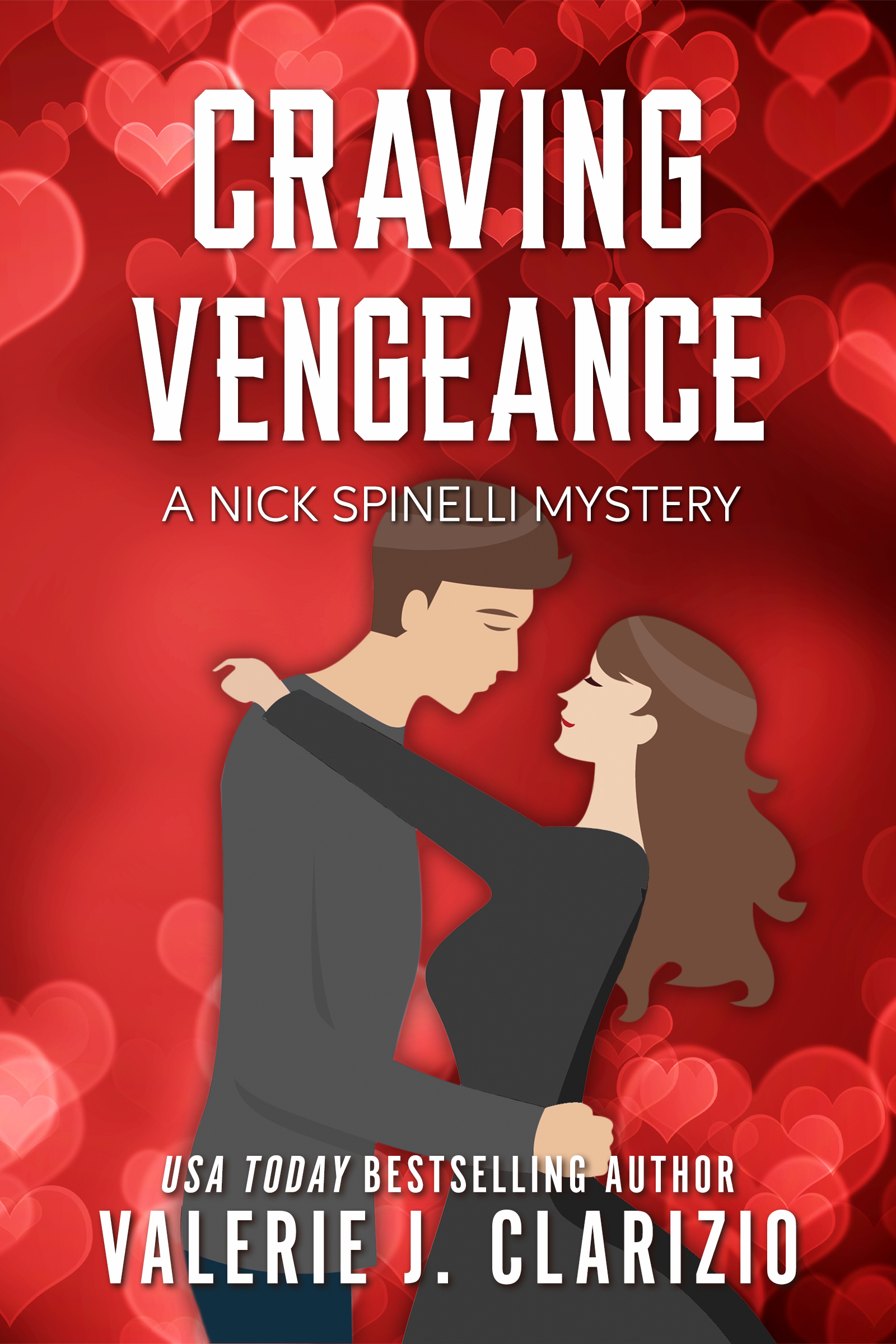 Alpha detectives shouldn’t have to dress as cupid.
Social workers generally aren’t murder suspects.
Working together is the only way for Nick and Shannon to save face.

Nick Spinelli’s normal life as a homicide detective has been catapulted into a whirlwind of chaotic holiday adventures since he met the exquisite Shannon O’Hara. Nick had hoped to spend his first Valentine’s Day with Shannon in a traditional manner, starting with a nice dinner out and then ending with a long warm adventurous night in her arms. His plans quickly change when cupid is found murdered in a back alley.

Shannon is linked to the victim and when another cupid turns up dead, it is discovered that she’s linked to him too. Spinelli is motivated to go undercover as a singing valentine dressed as cupid, complete with wings and a quiver of arrows. The stress ignited by the day’s events, causes sparks to fly between Spinelli and Shannon as he struggles to piece it all together and stop the string of slayings.

With Shannon’s ties to the victims, is it possible Spinelli is next on the killer’s list?

Spinelli pulled up to the crime scene to find Walker and Marsh already milling around. Several uniformed officers and a few plainclothes individuals lingered about the area as well. Spinelli edged between his partners to take a look. “You gotta be shitting me. Is that Cupid?”

Walker nodded. “What gave it away? The nude man with wings, the bow, or the quiver full of arrows?” Walker asked.

“Very funny. What do we know? Has he been identified?”

Marsh smirked. “Hmm, I don’t know about you, but I can tell you one thing for sure, I’m not searching him for a wallet.”

Spinelli rolled his eyes and stuffed his cold hands into his pockets. “Are you two assholes about done now? Can we get down to business?” His breath fogged in front of him.

Walker cleared his throat. “A beat cop found him here, just over an hour ago, about 3:45 a.m. The cause of death isn’t blatantly obvious. We’ll have to wait for the pathologist’s report. But judging from the vic’s bluish-gray color I’d guess he’s been here a couple of hours.”

Spinelli glanced at the vic’s body, as it lay lifeless over a small snow bank pushed up against a brick building. Ice crystals sparkled over his murky colored skin. The air temperature hovered around twenty-six degrees. With the wind chill factor, it was probably in the teens.

“Maybe the poor bastard was so drunk when he left one of the local bars that he passed out and froze to death,” a nearby beat cop offered as he stepped closer to them.

Spinelli eyed the young cop for a moment. “Then what happened to his clothes? I’m guessing if he was in a bar, he would have been wearing clothes, right?”

“Well, maybe he was mugged, and they took his clothes and wallet,” the beat cop stammered.

“So you’re saying some thug happened by a guy passed out in a snow bank and instead of just taking his wallet, he stole his clothes, too? And then he intentionally left the wings, bow, and quiver full of arrows behind,” Spinelli stated as he shifted his gaze to Marsh.

“I suppose that makes sense. What do you think, Marsh?” Spinelli asked.  “I think I would have taken the wings. Chicks dig a guy with wings,” Marsh replied.

“Dicks,” the young officer mumbled before he disappeared into the crowd forming around the perimeter.

Though Cupid’s body had been carted off, Spinelli, Walker, and Marsh lingered at the scene for a while longer, combing the area for evidence. Nothing specific presented itself.

The detectives returned to the precinct. It was nearly 7:00 a.m. Marsh made coffee as Spinelli hung pictures of the unidentified cupid on the crime board. He looked at Walker, “Not a good way to start Valentine’s Day, having to tell everyone Cupid’s been murdered.”

Walker chuckled. “Yeah, now there’s absolutely no hope at all for those poor souls searching for true love.”