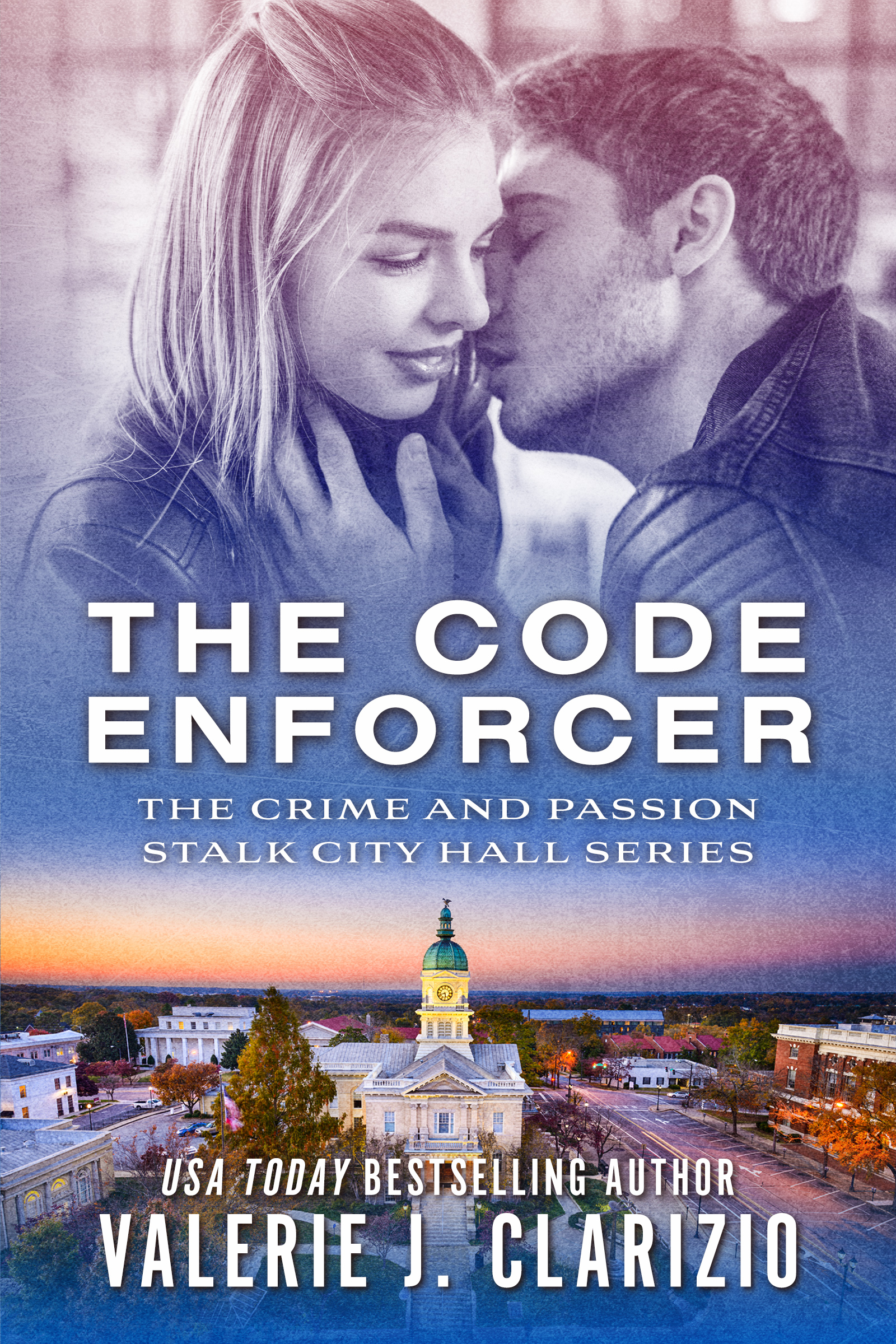 Having been made the laughing stock of her hometown by her cheating ex-fiancé, Investigator Markie Pearson has sworn off overly-confident, good-looking men. When Bryce Hawk strolls into town, Markie quickly realizes he’s the classic example of a man she needs to keep at a distance.

Ex-Marine Bryce Hawk moves to small-town Wisconsin after his military career-ending injury. All he wants to do is hide in his mundane job as the city’s code enforcer while he sorts out his life. What Bryce doesn’t account for is Markie, that emerald eyed beauty, walking through his office door on day one. Too bad it’s too, late. Women are not in his plans, nor will they ever be…especially Markie, the one who gets his dormant juices flowing while irritating him at the same time.

When the municipal code violators that Bryce is investigating are murdered, Bryce becomes Markie’s number one suspect. Or, is he another target? Is she?

Will this damaged cop and wounded vet overcome their inner demons in order to work together to escape the claws of death and perhaps find love in the process?

His lips silenced her words and his large hands cupped her cheeks, heating her skin. His flavor seeped into her. The kiss that started as urgent slowed, calmed, teased her to the brink of uncontrolled desire. He paused, lingered, and then returned to a soft, slow seducing pace. This guy knew how to kiss.

Bryce. The guy kissing her beyond the ability to think was Bryce. How?

Shit, who cares? His lips felt so good she kept in sync with him. Could do this for hours.

Bryce pulled back. The hope it was just a pause and he'd resume faded quickly as he edged back a bit farther.

Sheer disappointment raked through her. Distance clouded over the desire in his gaze. Where was he going off to?

Markie took a step toward him. He took a step back and shoved his hands in his pockets. His sun-darkened face turned white.

Her heart hammered. "Sorry you kissed me?"

This certainly wasn't the behavior of a confident womanizer. "Bryce?"

He slowly lifted his gaze to meet hers. "I'm sorry, but I shouldn't have kissed you. It was a mistake. We work together. We shouldn’t do this."

That was the biggest line of crap she'd ever heard. What was he afraid of? You can't kiss someone with that much emotion—heart—and not really mean it, feel it. So it couldn’t be how he felt about her that made him back off just now, something else bothered him. What?

After several beats of uncomfortable silence, she fished her car keys from her pocket. "Okay then. You're probably right. This is a bad idea."

She spun around and headed for the door, holding hope he'd call after her.

Moving slowly, she climbed into her vehicle and started the engine, all the time wishing that front door of his would open and he'd step through it to stop her from leaving.

If it hadn't been for the swirling desire in his gaze when they stared at each other in silence, she wouldn't have held hope he'd come after her. Between his intense stare and the seducing movement of his mouth when it was pressed to hers, there was no way he didn't desire her. So why did he fight it?

Peeling back the layers of Bryce Hawk just became her new life mission.