A Brush with Death 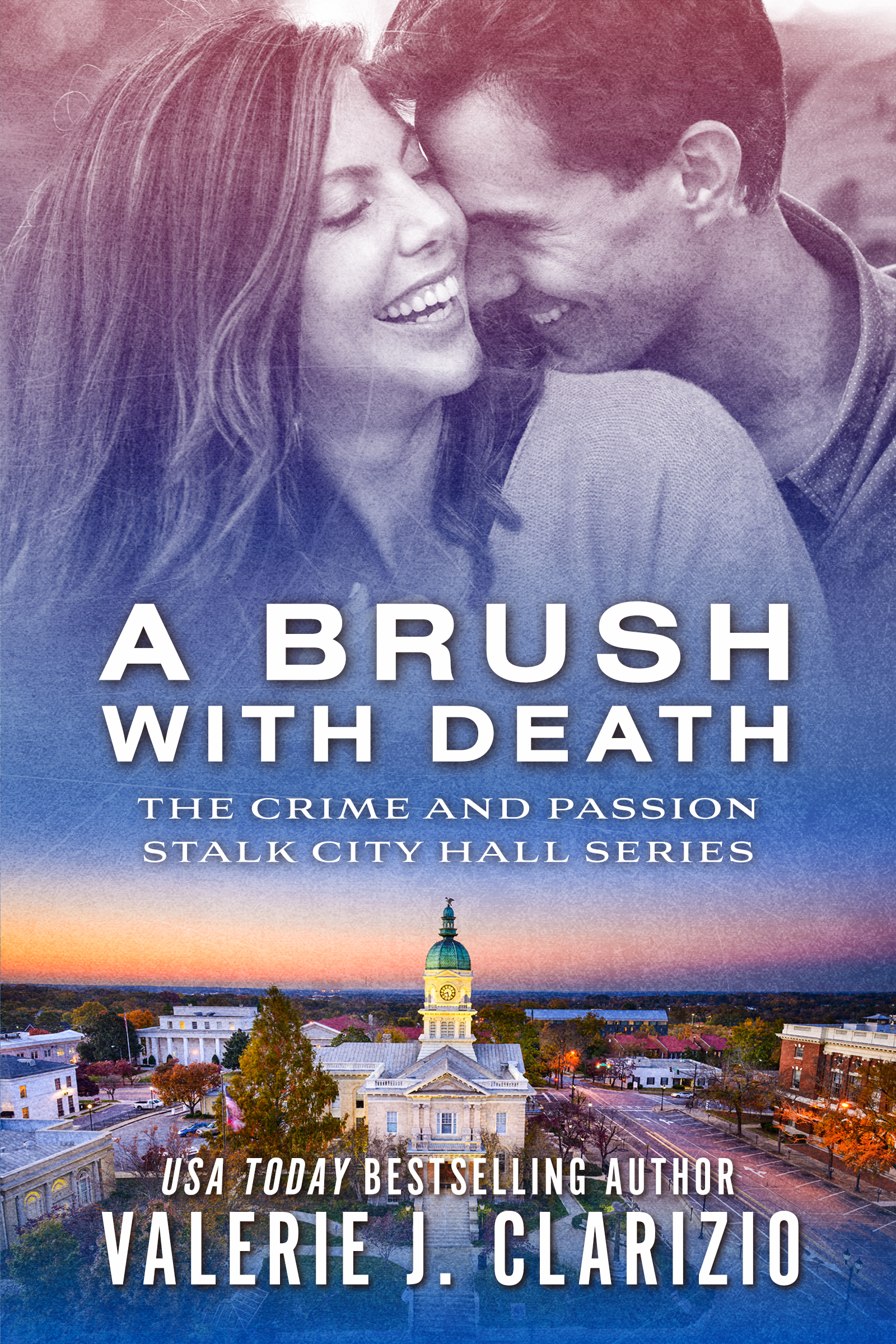 >>To prove his undying love and loyalty, he’ll risk sacrificing her trust.

What a turn of events today. When she'd accepted Ben's dinner invitation, she did it for him. As it turned out, she was the one in dire need of a friend.

His hold loosened, and he slid his large, warm hands up, cupping her cheeks. He swiped away her tears with his thumbs as those intense eyes of his darkened. He was going to kiss her. Caution flags rose in her head, but her heart begged her brain to ignore them. Just once, it would be nice to allow herself to indulge in the comfort and security of a man's arms, even nicer if she could count on him for continued support.

She knew she should turn and run, but her feet wouldn’t move. Instead, she stared into his dark eyes and tried to pull him in with her gaze. His head dipped, and he pressed his lips lightly to hers. Adrenaline rushed her veins. That was the exact reaction she feared, yet she kept moving her lips with his—soft and slow. It was beautiful, too beautiful.

His hands skimmed down from her cheeks to her neck, over her shoulders, down her sides, and then he hooked them at the small of her back and pulled her tighter to him. His clean, fresh, soapy scent drove her insane with need to stay near him. When he ran his tongue over the seam of her lips, heat surged through her, and she parted hers to let him in. Her knees weakened. He tightened his grip. He took her mouth more thoroughly, moving expertly.

Good God he could kiss.

Tracey b - This is an entertaining, steamy, well-written, fast paced romantic suspense novel with likable, engaging, mature characters. It has intrigue, small town and family drama, a captivating mystery, a heart-warming romance, and a happily ever after ending. This book is the second entry in Ms. Clarizio's "The Crime and Passion Stalk City Hall" series, and can easily be read and enjoyed as a stand alone. I am looking forward to reading the other entries in this series with great anticipation.

Valerie J. Clarizio is giving away an ebook copy of MISSING OUT ON LIFE to one contest winner!