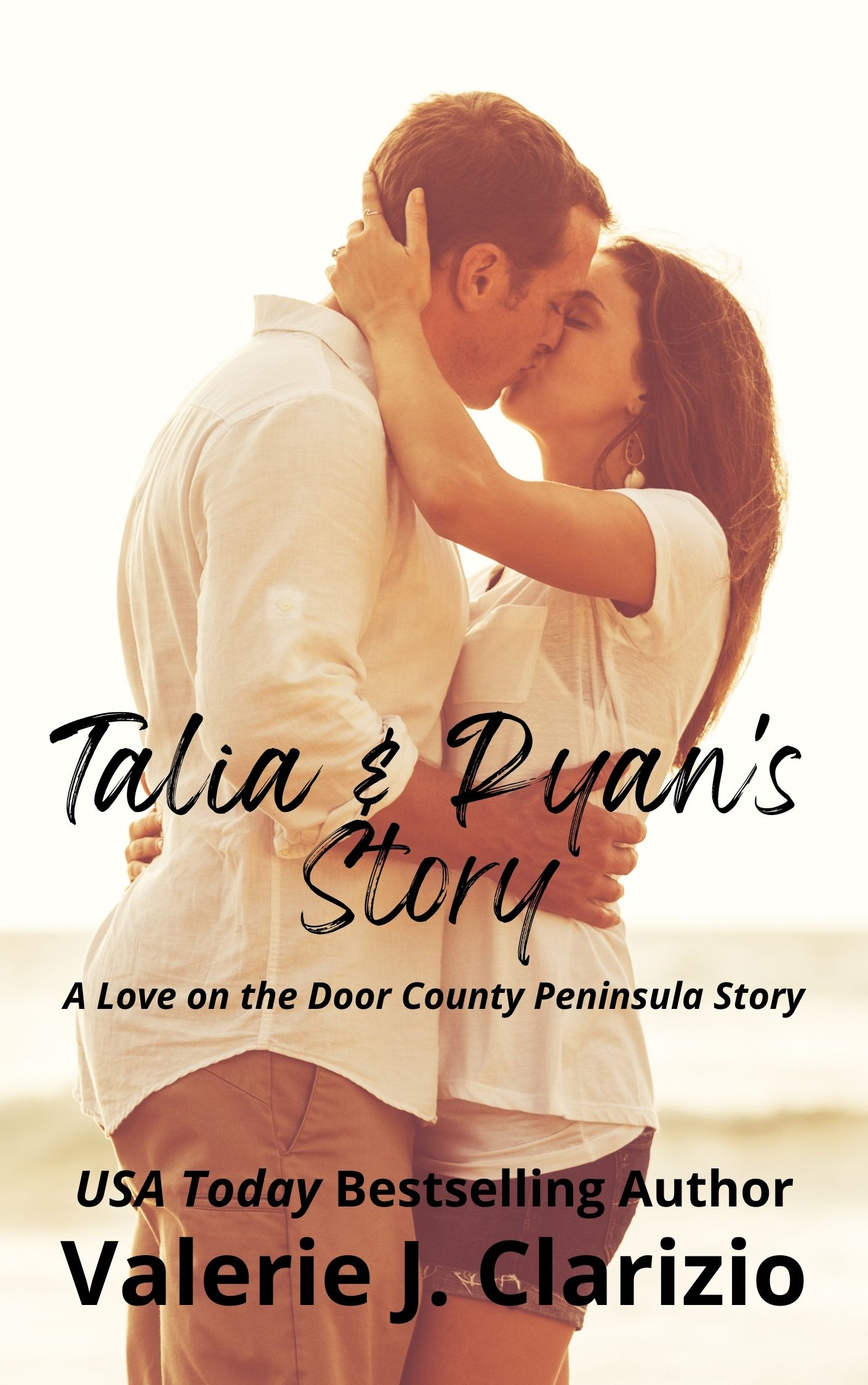 Talia Johnson is living her dream in Door County, WI. But, being a Park Ranger comes with sacrifices.

Deputy Ryan Larson loves his job but worries about the attraction he feels for the surly Talia Johnson.

When pandemonium breaks out, Talia’s life becomes endangered. Ryan races to help her. Will her stubbornness prevent Ryan from saving her?

The nurse returned. "Let's get this tube out of you now."

Reactively, Talia coughed and gagged as the nurse removed the tube from her throat.

"How you doing?" the woman asked.

"That's to be expected. It will pass soon. By the way, you have some men anxiously waiting to see you. We'll get you to them shortly."

She assumed one would be her dad, but could the other be Ryan? She willed him to be here.

Lights flashed overhead as the nurse wheeled her into another room, similar to the one she’d just left. The quick rushes of light made her stomach queasy. She swallowed hard a few times to tamp it down. Slowly but surely it began to work.

Within minutes, her dad bounded through the doorway. Her heart panged at the concern in his red-stained eyes.

He flew to her side. "You gave me quite the scare. The doctor said everything went well."

"They repaired the puncture in your lung.” He brushed a strand of hair off her cheek. “You'll be fine in time."

"What?" He leaned closer.

A smile tugged at his lips. "Ryan's here. Just waiting for the go ahead to come in and see you."

"Do you really need to ask that, honey?"

She closed her eyes. Tears escaped the corners and slid down her face.

She opened her eyes. .

Her dad's sober gaze grabbed hold of hers. "You can't be afraid to love someone out of fear of losing them. I know what it did to you when your mother died, and you saw what it did to me. But don’t block your heart off like this. Yes, I lost your mother way too soon, and as painful as that was, is…I wouldn't hesitate to love her all over again, even knowing I'd lose her too soon. Our time together, our love for each other, was worth every heartbeat, far outweighing my pain now."

Talia lay silent, processing her dad's words. He was right. She’d intentionally pushed Ryan away in fear of potential heartache. "But…the bet." She whispered, unable to let it go.

"I think you need to ask Larson about it. You may be surprised at his response. Trust me."

No matter how hard she tried, she couldn't deny her feelings for him. When he’d held her gently in his arms as he’d carried her to his squad, she'd never felt so safe and secure. And when he'd kissed her so tenderly on the forehead, she never felt so cared about by someone other than her parents.

Ryan suddenly stepped through the doorway, his concerned gaze pinning her. After a slight hesitation, he edged up to her bedside, opposite her dad. "How ya feeling?"

She struggled to pull in a breath so she could speak. "Tired."

Ryan glanced at her dad, then back to her. "Well, I just wanted to see how you were." He turned to leave.

A few beats of silence passed as she caught her breath. "Thank you."

"For getting me here. For saving me."

"I didn't do anything but drive."

Talking made her more tired than she already was but she needed to finish telling Ryan what she wanted him to know. She swallowed a few times to moisten her throat. "That's not true. You found me, discovered my wound, and got me to my dad. I remember some parts, and I know it was you." Talia paused, debating if she should go on. Realizing her dad was right, she continued. "And now you're here."

His eyes darkened. Leaning forward, he brushed her cheek with the backs of his fingers. "You scared the hell out of me." He inched closer and pressed his lips lightly to her forehead, then he straightened his spine.

She couldn't help but smile, and if she wasn't so exhausted she'd reach up and yank him to her for another one of those comforting kisses. But her arms felt like lead weights at her sides.

"And you know what else?" he asked.

"Nobody could have handled that scene better. I'm so proud of you."

That had to be the nicest compliment she'd ever received. And it came from Ryan Larson.

Her heart fluttered. Tears slid down her cheeks. Ryan brushed them away, and then kissed her on the forehead again.

Her chilly core warmed to near boiling.